Eating disorders – A conversation with Togetherall and Orri

Togetherall spoke with Orri founder and CEO, Kerrie Jones, about the signs to look out for, and the best ways to support someone who may be struggling with an eating disorder. 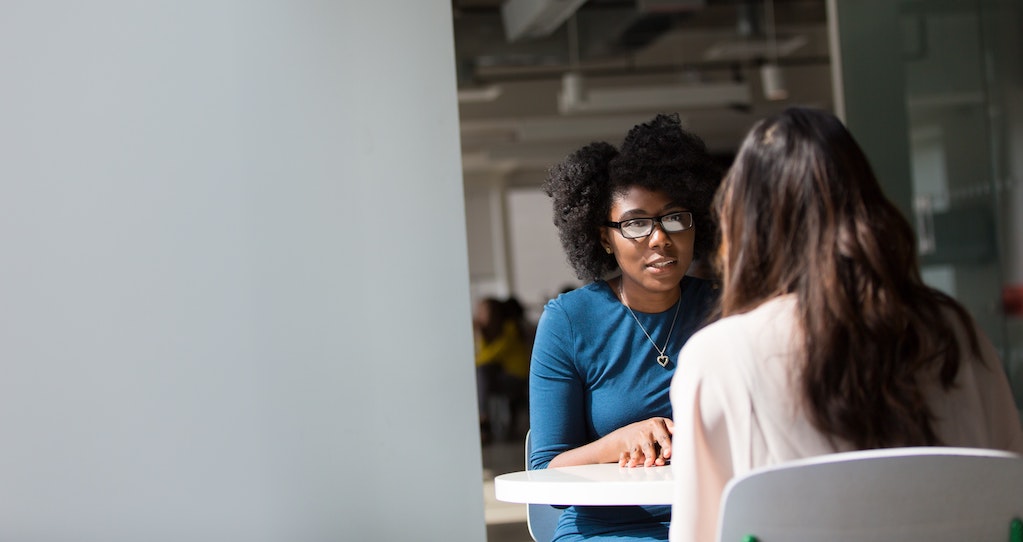 Looking beyond stigmas with eating disorders

Despite being common mental illnesses (1 in 50  people in the UK are affected)  eating disorders are often viewed through a lens of stigma. Common misconceptions around what symptoms look like and who can develop an eating disorder may prevent people who may be struggling from seeking help.

Orri, a specialist day treatment service that treats eating disorders exclusively, wants to dispel such misconceptions. We had a conversation with CEO Kerrie Jones about eating disorders with the aim of inspiring more open and honest conversations and empowering people to get support.

“I’ve met a lot of people with anorexia, but I’ve never met an anorexic.”

Q: What are eating disorders?

A: Eating disorders are an umbrella term for a few different disorders. The list includes, but isn’t limited to:

Q: What are the common symptoms or behaviour patterns to look out for with an eating disorder?

A: “If we’re looking at anorexia, we often see people becoming quite restrictive in the way that they eat, removing certain food groups, and perhaps becoming very preoccupied with their body, with the foods they eat or, more importantly, the foods they don’t eat. We may see other sort of co-occurring behaviours like perfectionism or becoming very hyper focused on exercise or movement. They may also become restricted in other aspects of their life as well and that can translate into intimate relationships, or with money, for example.

“Individuals presenting with bulimia will also have a heightened focus on food. They might become preoccupied with weight reduction as part of that presentation, but not always. We might start to notice that person eating large amounts of foods and disappearing to vomit and bringing those foods back up. They might use laxatives or purge through exercise. We may notice things like a decline in oral health. They may have digestive issues. Behaviourally, the person just might feel a little bit further away than they were before, becoming difficult to connect or relate to.”

Q: Are there any links between eating disorders and other mental illnesses? Are dual diagnoses quite common?

A: “We understandably see people with high levels of anxiety, depression, or obsessive-compulsive disorder. We also see people with emotionally unstable personality disorder presenting as well with difficulties around food. An eating disorder can affect anybody, so it really shows up across the spectrum.”

“We are a culture that still is highly focused on bodies, and we have very strong opinions about how the body should look.”

Q: How do eating disorders affect men? Is it different to the presentation in women?

A: “According to the Priory Group, 25% of those who have an ED are male. Despite such a large proportion of men experiencing it, it still can go undiagnosed in others. I think it’s still regularly missed by GPs. It is an issue because presentation in a young male will be different. When we think of the ‘classic anorexic’, the stereotype is that she’s probably a middle-class white girl of around 15 who wants to be thin to look nice.

“Quite often with young males, parents are pleased that he wasn’t playing video games, instead going to the gym and building confidence in himself. It’s celebrated, particularly in that very masculine male culture where there is this idea of how young men’s bodies should be. Some don’t know how to reach out for help, because they don’t recognise it as an issue themselves, which is a big problem.

“They’re getting a lot of positive feedback in sports, or from their peers, in the same way that we see that in our female population who lose weight and receive compliments from friends, so this complex social dynamic starts to evolve.”

Supporting people with an eating disorder

Q: Are there any best practices or recommendations around ways you could approach someone sensitively if you were concerned that they might have an eating disorder?

A: “I think the first thing that we say is to be honest and transparent. If someone you care about looks like they’re struggling, talk to them about it like you would in any other way. If you saw a good friend limping, you’d ask ‘what’s wrong with your leg?’ It’s same emotionally – if somebody doesn’t look okay, ask.

“You may meet a lot of resistance initially but being able to show up in that place and really leaning into that conversation with somebody gives them the possibility to be open. And I think that’s what’s important and in time, that person will know that you are safe that they can speak to you.”

Q: What forms of treatment or support are helpful for disorders or perhaps different types of support that are available?

A: “Day care is obviously very helpful, but day care is helpful at a point. I think what we know about eating disorders is the earlier you get somebody into treatment, the better. Early intervention is critical. Part of that is about having a space where you can talk, where you could be heard.

“A dietitian or a therapist might be helpful at that point to help dispel some of the myths that you may hold with your eating disorder because it’s not necessarily about the fact that I want to be thin or I want a different body to the body I’ve got, it’s about not wanting to feel the things I’m feeling in my body.

“What we do know is that sometimes people’s eating disorder is very resistant to treatment. Certainly, for Orri, it’s about keeping people in their everyday lives and avoiding an inpatient stay where possible, but sometimes it is necessary. We must be careful we don’t demonise that because I think that’s very frightening for people coming into treatment. Getting that support is important too.”

Q: What final advice would you give?
A: “Whilst recovery statistics demonstrate the severity of these illnesses, the important thing to remember is that recovery is possible. People do get better with the right amount and type of support.

“For those asking, ‘What do I do?’ I’d recommend keeping up communication and spending quality time with someone. Eating disorders are as much about emotional distress than they are about food and eating, so don’t forget that underneath the symptoms there is someone struggling who just wants to feel seen, heard and held.”

Orri is a specialist day treatment service for eating disorders. Offering face-to-face treatment, both in person and online, programmes follow a stepped approach so that treatment evolves with each individual as they progress in recovery. At the heart of the Orri team is the belief that recovery is possible for all. They work collaboratively to provide expert, evidence-based treatment with kindness and compassion at its core.